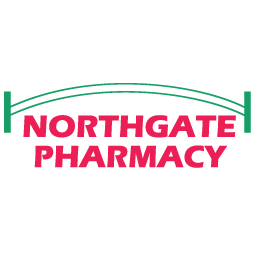 Sarnia's most experienced team here to help you.

Susan is a casual pharmacist with many years of experience. After a long career as a pharmacy owner, hospital pharmacist and manager at Rexall Pharmacy, Susan works part-time sharing her wealth of knowledge here at Northgate Pharmacy.

Jagjit was born and raised in Sarnia and after recently graduating from the School of Pharmacy at the University of Waterloo with a PharmD he is looking forward to starting his career as a pharmacist. Jagjit is a wealth of knowledge on the lastest in medication therapy.

Samantha, a Sarnia native, is a graduate of McGill University and a 2013 graduate of the School of Pharmacy at the University of Waterloo. Samantha brings a wealth of experience to our team and is also certified in long-term care as well as palliative pain management. When Samantha is not with us here at Northgate Pharmacy she also fills roles with Hogan Pharmacy servicing Nursing Home Patients as well as the St Joseph's Hospice.

Gaelan is another Sarnia native and graduated from both the University of Ottawa and James Cook University in Australia.

Born in Sarnia, Richard is a husband and a father to two sons. After graduating in 1989, Richard started practicing in London Ontario. In 1996, Richard relocated to Sarnia and opened Northgate Pharmacy in 2007. Over the years, Richard's business philosophy has remained the same - providing superior customer service while maintaining the personal touch of a family-run pharmacy.

With decades of experience as a pharmacist, John is a very valuable asset to Northgate Pharmacy.

Riley works part-time as a pharmacy clerk/cashier/gopher in addition to being a full-time highschool student.

A full-time employee with many years experience, Peggy is a Regulated Pharmacist Technician.

In addition to being Northgate Pharmacy's premier Ideal Protein Coach, Jen is a welcoming and very knowledgeable addition to the front of the pharmacy.

Deb is a graduate of Western University and the Pharmacy Technician Program at lambton College. Deb runs and manages our compliance pack program for those who benefit from our medication management expertise.

.Jess joined us as a pharmacy assistant in March of 2018. She brings her positive attitude (along with updates on her cats) to work every single day.

Amber has many years of experience and joined our team in May 2017 after several years working at BMC Pharmacy.